What Does it Mean to Baptize? 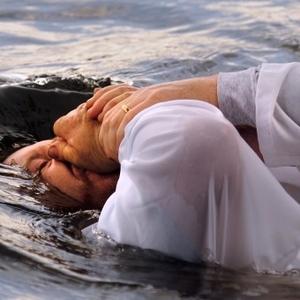 The question that is asked in the title above might sound a little bit strange, but what if I were to tell you that “baptism” is a biblical word that has, in some cases, been redefined by man to mean something it doesn’t actually mean? For example, there are some who sprinkle water on people and call it “baptism.” Where in the Bible is sprinkling ever called “baptism?” Where in the Bible is sprinkling? It isn’t there. The same things could also be said about pouring water on someone’s head and calling that “baptism.” If we are really going to go by the Bible and allow it to be our authority in religious matters, why wouldn’t we want to baptize in the way we read about in the Bible?

The word, “baptize,” is a transliteration of the original Greek word that was used when the New Testament was first written. That word is, baptizo, which means, “to dip” (W. E. Vine, An Expository Dictionary of New Testament Words, Vol. I [Old Tappan, NJ: Fleming H. Revell Company, 1966], 97). That is what the original readers of the New Testament would have understood when they read the word “baptism.” That’s what the word means in the Bible. Sprinkling and pouring are not the same as dipping.

When we read about the Eunuch being baptized in Acts 8, it says: “both Philip and the eunuch went down into the water, and he baptized him” (v. 38 NKJV). If sprinkling or pouring water on the eunuch’s head would have sufficed, why didn’t they do that instead?

Paul says in Romans 6:4 that we are “buried” with Christ in baptism. That could be accomplished by dipping someone in water, but I’m not sure how sprinkling or pouring could be described as a burial.

John 3:23 says: “Now John also was baptizing in Aenon near Salim, because there was much water there.” He was baptizing in that particular location, “because there was much water there.” “Much water” was needed in order to baptize (i.e. dip) people in water. Sprinkling and pouring require very little water and John could have done that just about anywhere.

Does it really matter? Nadab and Abihu probably wondered the same thing (Lev 10:1f.). They probably thought: “Does it really matter what fire we use to burn incense with?” Fire is fire, right? Not really. They used fire “which He [God] had not commanded them. So fire went out from the LORD and devoured them, and they died before the LORD” (Lev 10:1b, 2). When we assume “one thing is as good as another,” when God has said what He wants us to do, we are showing the same attitude that Nadab and Abihu had, and not doing any better at pleasing Him than they did!