And His Name Will Be Called… 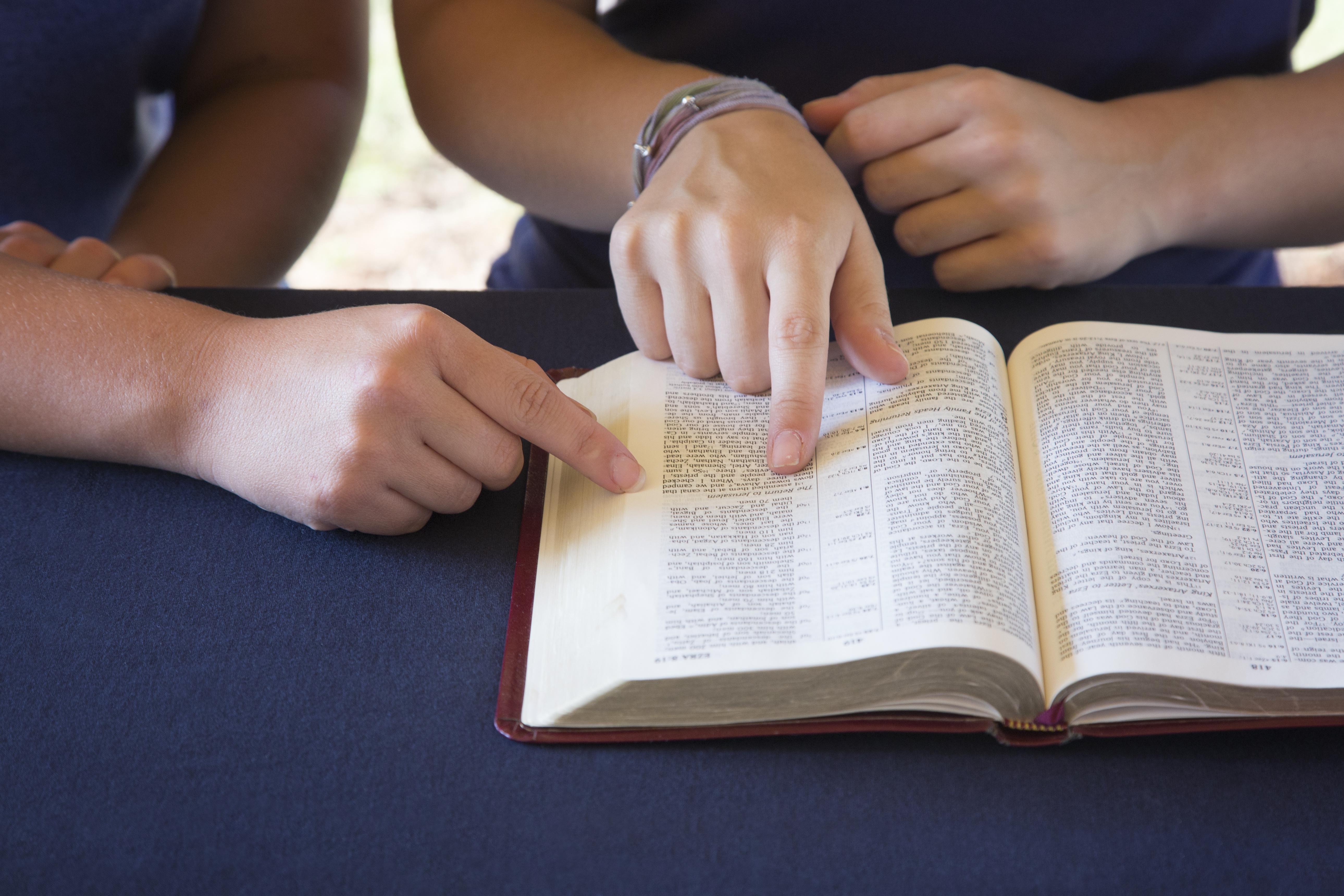 In Bible times, names were very important. People were very conscious of the meaning of names. They believed there was a vital connection between the name and the person it identified. A person’s name said something about him. You might imagine parents, as they thought about what they might name their child reflecting on the circumstances of his birth, their own feelings about that child, their gratitude to God, or their hopes and prayers for the child. Hannah, for example, in First Samuel 1, prayed for a son. God gave her one. So, she named him Samuel, which means, “heard of God” (margin, KJV). When Esau was born, he was named that because he was “like a hairy garment all over” (Gen. 25:25). His name means “hairy” (margin, KJV). His brother’s name was Jacob (v. 26), meaning, “supplanter” (margin, KJV). To supplant means, “to supersede and replace” (New Oxford American Dictionary). That describes his dealings with his brother Esau well, doesn’t it? Can you guess what the name Moses means? It means “drawn out” (margin, KJV). He was named this because Pharaoh’s daughter drew him out of the water (cf. Ex. 2:10).

With these things in mind, please take a moment and turn in your Bible to Isaiah 9, and read verses 6 and 7. Here we find a prophecy about Jesus that was given about 700 years before He was born. It says of Him: “And His name will be called Wonderful, Counselor, Mighty God, Everlasting Father, Prince of Peace.” These names are significant. The real glory of the one to be born and His relationship to deity are revealed in these names by which He will be called. We can learn some important lessons, then, about the Son of God from them.

First, Isaiah says that His name would be called “wonderful.” He is one who inspires awe in the beholder of Him. He is the marvel of the ages. In a similar way, a person has some sense of wonder when he stands on the street gazing up at the 107 or so stories of the Empire State building. Or, to stand on the observation deck far above the ground inspires awe. It is amazing! But the awe one feels when looking at that building is far surpassed when one stops to consider and set his gaze upon the Son of God. There has never been anyone like Him, nor will there ever be again. And, sure, the miracles that He did were awesome. Just think of someone raising the dead back to life, healing sicknesses and ailments of every kind, or feeding the five thousand with five loaves and two fish. But there is so much more to Him than that. He excites amazement, wonder, and admiration in all things, miraculous and otherwise.

The last part of verse 6 says: “And His name will be called Wonderful, Counselor, Mighty God, Everlasting Father, Prince of Peace” (NKJV). Each of these names tell us something about Him.

We began looking at how “wonderful” can be applied to Christ and said that He excites amazement, wonder, and admiration in all things. And, continuing this thought, it may be added that it was a wonderful love by which God gave Him, and by which He came. John 3:16 says, “‘For God so loved the world that He gave His only begotten Son, that whoever believes in Him should not perish but have everlasting life.’” Someone asks: “Do you mean the world that God had to destroy with the flood because it was so wicked?” “Yes, that world,” comes the response from Jesus. “Do you mean the world that has exchanged the worship of the true and living God for idols time and again? “Yes, that world.” “You mean that world that has persecuted your prophets and nearly all who were sent to them to correct them? “Yes.” “For God so loved the world . . .” “And Jesus, why give your life on that cross, why suffer the shame, why go through all of that for the sake of mankind? Don’t you know that it is mankind who will crucify you? Even your closest and most beloved apostles will scatter and leave your side when you are betrayed. Peter will deny You with cursing and swearing.” “Yes,” says Jesus, “but I do it because I love them. All but one of my apostles will come back to me and love me afterwards. Many others will also come to Me and be saved. I lay down my life for them.” That is an amazing love! “‘Greater love has no one than this, than to lay down one’s life for his friends. You are My friends if you do whatever I command you’” (Jn. 15:13-14). Would you not agree that His love is one that inspires wonder?

The manner of His birth was wonderful. Who has ever heard of such a thing? Here was a young girl who had never been with a man. She miraculously conceived a child, but not just any child, the Son of God. It is incredible to think about! Deity, God, being born of a Woman, putting on a fleshly body that was formed in the womb. In this way the Christ put on flesh, and came into this world as a human child—God incarnate.

There are many other things that could be elaborated on. Think of His humility, His self-denial, His sorrows, His mighty works, along with His resurrection and His ascension. Everything about Him is suited to excite admiration and wonder. No wonder Isaiah 6:6 says His name would be called “wonderful!”

The last part of Isaiah 9:6 says: “And His name will be called Wonderful, Counselor, Mighty God, Everlasting Father, Prince of Peace” (NKJV). Each of these names tell us something about Christ. We have previously seen why He can be called “wonderful.” What’s the next part of it?

“His [Christ’s] name will be called . . . Counselor,” it says. A counselor is someone who, with wisdom and understanding, gives guidance. And there is no better counselor for the human race than Christ. Paul tells us in Colossians 2:3 that in Him “are hidden all the treasures of wisdom and knowledge.” To Him we must turn to find out what is good and right. He is the true Counselor in whom all may find words of wisdom and by which to be guided and by which to solve the problems of life.

“And His name will be called . . . Everlasting Father.” Of the titles given here in Isaiah 9:6, this one has the potential for causing us the greatest amount of difficulty, and possibly, some confusion in understanding its meaning. It has been said that the Bible is its own best commentary, and I think that is the case here. If we go back to the 45th chapter of Genesis, Joseph is revealing himself to his brothers (because, if you’ll remember, he had become a ruler over Egypt and his brothers, who had sold him into slavery years before, didn’t recognize him), and he said: “‘So now it was not you who sent me here, but God; and He has made me a father to Pharaoh, and lord of all his house, and a ruler throughout all the land of Egypt.’” He said God made him “father to Pharaoh.” What did he mean? Was he Pharaoh’s literal father? No, of course not. It only meant that he had become Pharaoh’s protector and sustainer. Egypt would have been destroyed by a famine had it not been for Joseph (for other examples, please see Job 29:16 and Isa 22:21). Similarly, Isaiah says that Jesus is an “Everlasting Father” in Isaiah 9:6. It is an indication of the nature of His care for us. And He is “everlasting,” in that there will never be a time when this is not the case.

The last few weeks we’ve been looking at the names by which Christ would be called, as they are found in Isaiah 9:6. It says: “And His name will be called Wonderful, Counselor, Mighty God, Everlasting Father, Prince of Peace” (NKJV). This was written many hundreds of years before Christ ever came into this world, but they tell the reader some things about the Christ, when he came, by applying these different names to Him. We have considered the importance of names and their meaning in Bible times and we have considered how He could be called “Wonderful,” as well as “Counselor, Mighty God,” and “Everlasting Father.” What about the last of these?

Isaiah 9:6 says, finally, “His name will be called . . . Prince of Peace.” As the Prince of Peace, Jesus came as a mighty Prince who conquers, not by the sword, but by the message of peace directed to the hearts of men. He establishes and maintains true peace, not the peace the world gives, but peace that is a result of spiritual fullness, companionship with God, and right relationship with man. This peace comes when sin, the cause of strife, is banished from an individual’s life. Paul says, “And He came and preached peace to you who were afar off and to those who were near. For through Him we both have access by one Spirit to the Father” (Eph. 2:17).

“For unto us a Child is born, Unto us a Son is given; And the government will be upon His shoulder. And His name will be called Wonderful, Counselor, Mighty God, Everlasting Father, Prince of Peace” (Isa 9:6). How wonderful is our Lord! He is indeed “wonderful.” He is our “counselor.” He is “Mighty God, Everlasting Father,” and “Prince of Peace.” He is worthy of all our praise, all our devotion, and all our love. There is none like Him, and He has invited us, pleads with us, even, to come to Him that we might know and have fellowship with Him. “For unto us a Child is born . . .” “‘. . . And they shall call His name Immanuel,’ which is translated, ‘God with us’” (Matt 1:23). “‘. . . And you shall call His name Jesus, for He will save His people from their sins’” (Matt 1:21).